Siouxland Freedom Park was born out of the groundswell of patriotism and emotion after South Sioux City hosted the traveling Vietnam Wall that Heals in October of 2007.

An enthusiastic and eager group of citizens comprised of veterans and community members began to design and fundraise for the regional park starting in 2011.

Donations ranged from school children dropping off quarters in a bucket to large businesses donating thousands.  Indivdual donations to the park also account for $1.6 million needed for Phase I of Siouxland Freedom Park.

After countless hours of planning, designing and preparing.  The half-scale exact replica of the Vietnam Veterans’ Memorial Wall was erected on May 28th, 2014.

The wall is part of Phase I of the project for Siouxland Freedom Park.  Also complete during Phase I was the outside building structure of a 5,000 square foot Interpretive Center, the John Douangdara Memorial Dog Park, the 150 foot flag pole featuring a 30’x60′ U.S. Flag, trails, and exterior lighting.

Thanks to George Lindblade with Sioux City Gifts for these pictures from they day the Vietnam Veterans Memorial was erected in 2014.

The panels were escorted to the park by American Legion Riders. 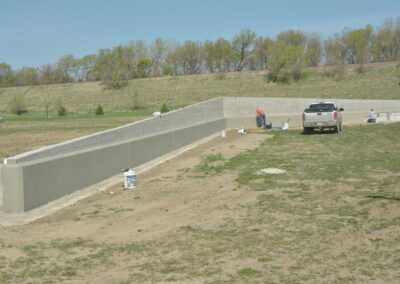 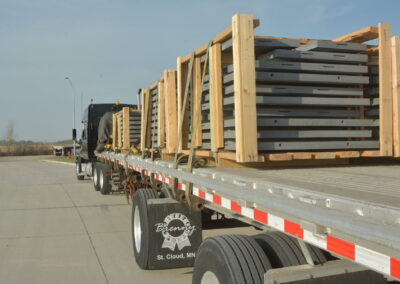 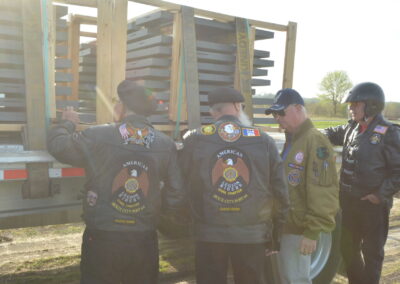 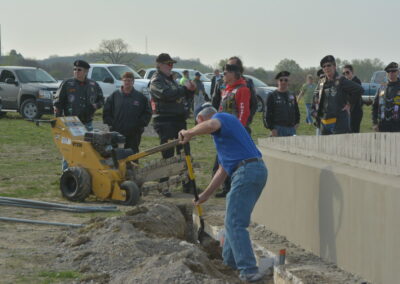 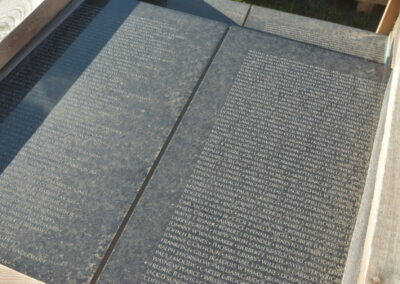 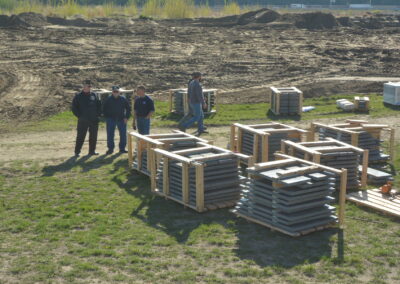 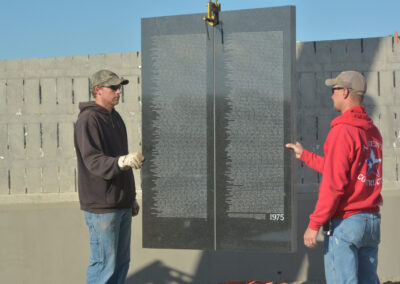 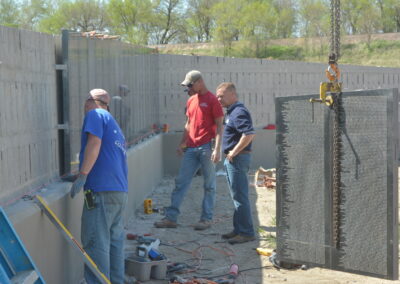 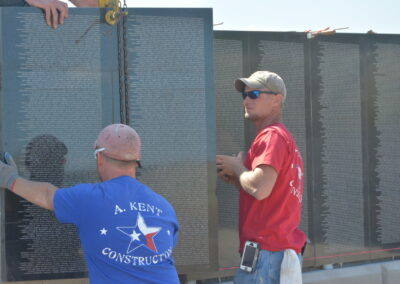 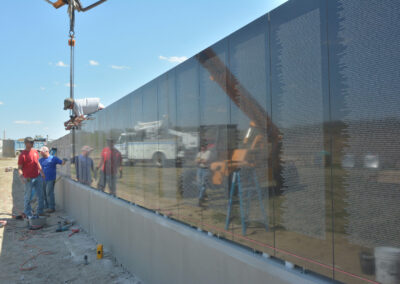 Names on the Wall

Siouxland Freedom Park, a nonprofit corporation, honors American Veterans and the men and women currently serving the United States by providing education of the role the American military plays in preserving American’s freedom, oral histories of those who served, and a healing place for reflection and contemplation.